Trang chủ » Why are so many people still “mining” Pi after more than three years?

Why are so many people still “mining” Pi after more than three years? 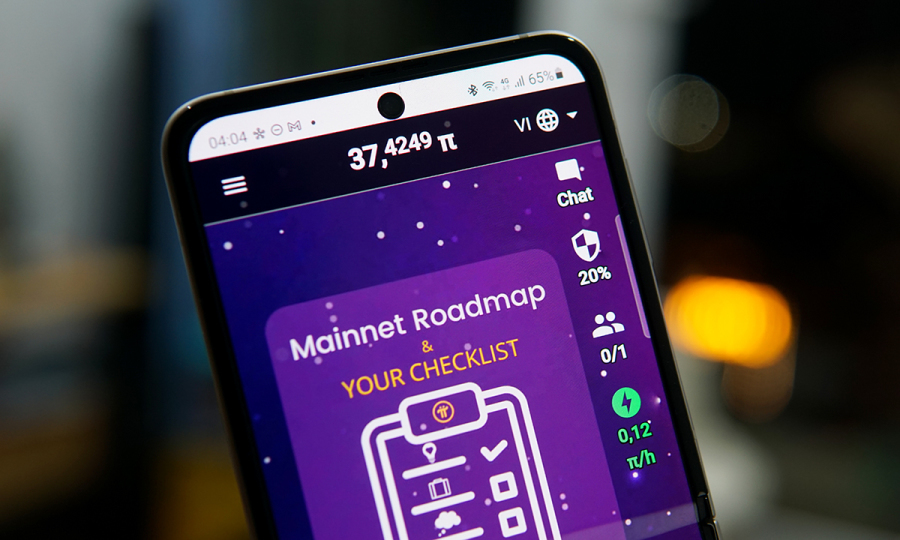 Why are so many people still “mining” Pi after more than three years?

Three years later, Pi’s network is still not complete, the transaction may be illegal, but many people still expect to “dig” and Pi will spend thousands of dollars.

The desire to get “free” cryptocurrency

People who want to own assets in popular cryptocurrencies like Bitcoin and Ethereum have to spend money to buy or mine them with special devices, so Pi is “gifted” to users via a mobile application. After installing Pi Network and creating an account, if you visit the app and click availability every 24 hours, the user’s Pi count will automatically increment. If you can invite more people to join the network, the amount of Pi allotted will be higher.

“Previously, 10,000 bitcoins could only be exchanged for two pizzas. Now not even tens of thousands of dollars can buy a bitcoin. So we must seize the opportunity while the cake is free,” said Duc Nam, spokesman for Pi. Miner, General. Nam has been involved in the project for two years. During this time, you can fill out an application and invite friends to participate. Although no one has used this virtual currency yet, they still access the app on a daily basis thinking that “nothing is lost”.

However, according to experts, PU is not completely free. Users have to trade time, phone resources and risk of losing personal information. By default the Pi will play a 60 second ad every time the Pi “turns on” and forces the user to watch everything, although you can turn off the ads in the settings.

In 2021, mid 2000s, many security researchers discovered that this program kept users’ contacts even after account deletion. In addition, users must complete identity verification (KYC) to use it. To do this, you must send a portrait and citizenship photo. To verify the phone number, users must send an SMS to a number in the US and pay 2,500 VND each time. Many people who want to “mine” PI quickly have spent hundreds of millions of dongs on computers to control network nodes.

Expect the Pi to cost thousands of dollars

Unlike cryptocurrencies, whose value depends on the amount of money put into the market, Pi’s value is currently based on a consensus value. Buyer and seller mutually agree on the Pi price and pay for the goods in the corresponding Pi.

In the document, the Pi Network project says Pi holders will have two ways to make money, either by using Pi to buy goods or by exchanging Pi for fiat money. After the official launch of the project on July 13, some Vietnamese users were proud to buy computers, phones… with Pi.

However, using virtual currencies to pay for goods violates Vietnamese law. Pi is currently unlisted, so it cannot be traded like other cryptocurrencies.

According to the originally announced plan, Pi Network will start testing Pi transactions in 2019. The fourth quarter. In fact, after three years, few new users can do it.

During this process, many people left the project. Of the nearly 500 people who were invited to join a Pi mining “pioneer” in Vietnam, 90% gave up because they couldn’t wait. However, there are still those who maintain daily monitoring because of their belief in the Pi Network’s “time-buying” activities.

For example, at the beginning of 2021, the development team confirmed the launch of the official network (mainnet) to allow users to trade by the end of the year. On December 28, 2021, the team announced a “main” but nothing more than adding a zero balance PiMint wallet. The team continued to delay and split two phases of “Closed Mainnet” and “Open Mainnet” to be held on Pi Day (March 14) or 2Pi (June 28). There will be a “closed mainnet” by the end of June and users will still be asked to wait another 14 days to “bring their PIN online”.

According to Google Trends statistics and Google Play app store app rankings, the number of searches and downloads of P Network and P Browser applications increased with each step of this promising project and then gradually decreased.

One of the other requirements of the Pi Network is that users have KYC. It claims to be able to reach 90,000 people per day via KYC, but half a year later, PI Network has reached 1.5 million people, according to a June 28 statement from its founder. Most of the remaining users are still KYC and can’t use their PI for anything yet.