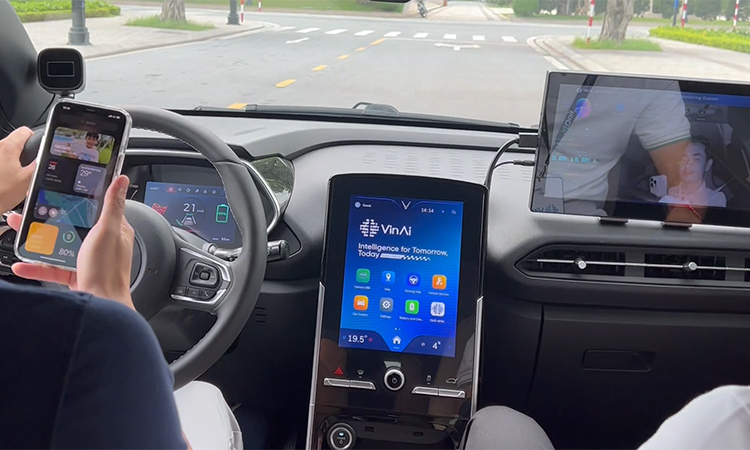 Thanks to cameras, sensors and processing algorithms, the car can monitor the driver’s behavior and warn of tiredness or inattention.

The Driver Monitoring System (DMS) developed by VinAI uses high-resolution infrared cameras and sensors to analyze driver behavior. In the test, installed in the VinFast e34 vehicle, this function starts to work when the vehicle speed exceeds 15 km/h (this can be changed by the manufacturer settings). The vehicles quickly recognize behaviors such as using the phone, closing your eyes, not looking directly at the road for more than 5 seconds or signs of fatigue (yawning). Thanks to the infrared camera, the system also works with sunglasses or in the dark.

The driver can set the DMS voice alerts in Vietnamese, English or simply by voice. However, for the system to function properly, the DMS must be closely integrated with other safety systems in following vehicles. For example, in cars with self-driving systems, the car will automatically stop safely if it detects that the driver is too distracted to steer the vehicle.

According to a VinAI spokesperson, DMS can be compatible with a wide range of hardware supporting different camera deployments. DMS will not only be used in VinFast cars in the near future, but can also be sold to manufacturing partners if required.

The added camera system can use not only the driver but also the automatic mirror adjustment function. During the test, the driver presses a button and looks straight ahead, the system analyzes the gaze and eye position to adjust the rearview mirror.