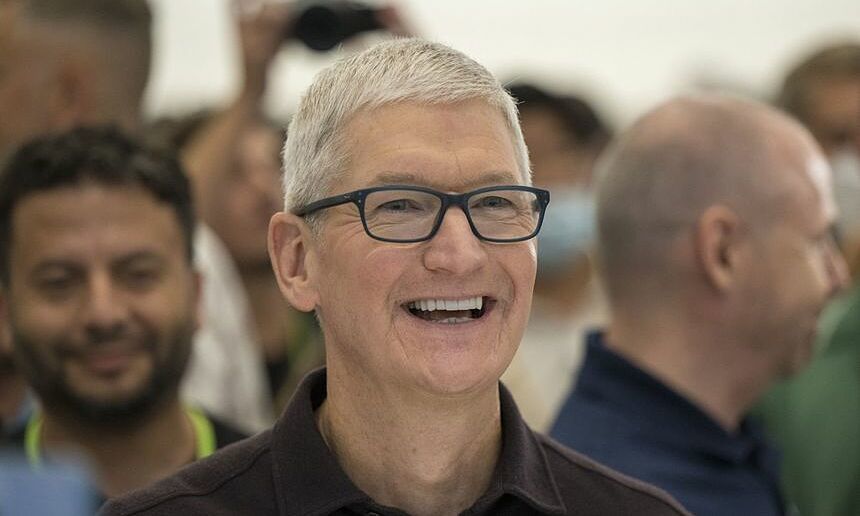 Apple’s CEO said the company has no plans to change iMessage’s color contrast and if Android users don’t like it, they should buy an iPhone.

After unveiling the iPhone 14 at the Code 2022 event in Beverly Hills, California, Tim Cook received a question from journalist Liquan Hunt. Vox Media.: “What does founder Steve Jobs think about using the RCS messaging standard in iMessage?”

“I don’t see any users asking us to focus on this feature now,” Cook replied. “You can switch to an iPhone if you want.

Hunt gave the example of not being able to view a video sent by his mother from her iPhone on her Android phone. “Mom, buy an iPhone,” Cook replied, laughing.

RCS (Rich Communication Services) technology is a protocol for sending messages between mobile operators based on the Internet. RCS is recognized as the modern industry standard platform for messaging and calling, as well as media content such as emojis, videos and photos.

Apple now uses two blue colors to identify messages in iMessage. Blue messages indicate that the sender and recipient are using a device running iOS or macOS. A green message is a message sent using the traditional SMS/MMS protocol that indicates that the sender is not using an iPhone or that the iPhone is not connected to a network. In the age of Wi-Fi and 3G/4G, most iPhones are connected to the network, so many people get green notifications from Android phones by default.

Color discrimination in Apple iMessage messages has prompted many complaints that the company is “discriminatory.” Google criticized this function. The company encourages users to join the campaign on social media with the content “Help @Apple #getthemessage”. “Messaging between iPhone and Android is outdated. It’s about time Apple stopped distinguishing between green and blue messages,” Google wrote in a blog post in early August.

Additionally, Cook continued to refer to Jobs with respect at the event. However, the late CEO believes they won’t gain much at Apple’s current market value and stock price.

“Works isn’t driven by financials. Instead, it’s focused on developing the product,” Cook said. “It focuses on apps like the most relevant products and makes sure they are the best ones that make a big difference in people’s lives.”