Trang chủ » The US decided to “import” Chinese technology.

The US decided to “import” Chinese technology. 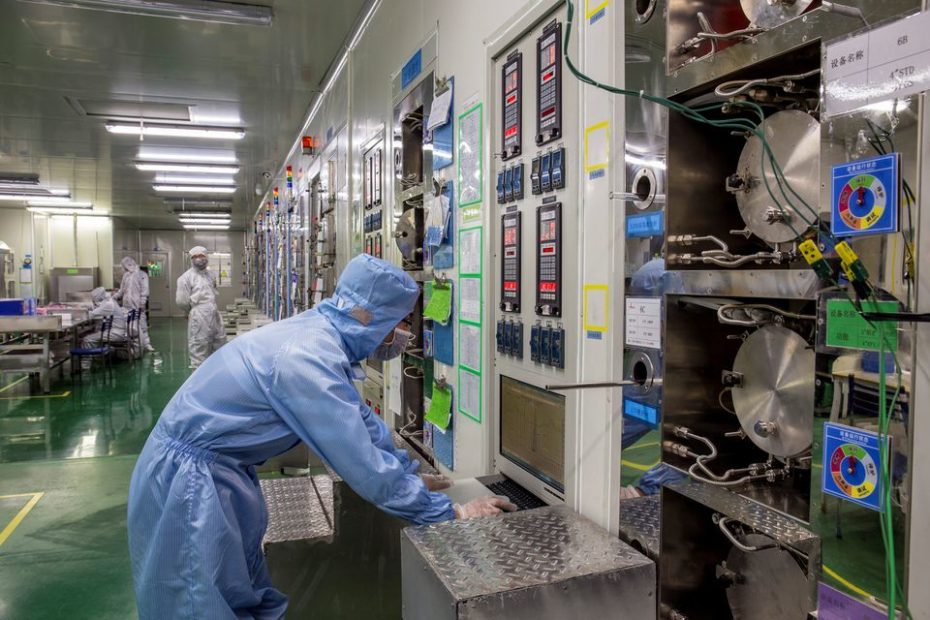 The US decided to “import” Chinese technology.

US President Joe Biden’s administration plans to continue to impose a series of restrictions on China’s technology sector.

follow up BloombergBiden is expected to sign a new executive order in the next few months that will include measures to block American companies from investing in Chinese tech projects. The White House is discussing a bill with Congress that would require American companies to disclose investments if they want to enter certain Chinese industries.

Another source also said the US is offering various insurance options, including creating a system that gives the government the right to completely block investments. The executive order is part of a broader US strategy to limit sales of semiconductor technology and components to countries like China and Russia.

Meanwhile, a US Commerce Department official said the White House is closely examining the ban on short-lived video platform Tik Tok. However, this person stressed that “no action will be taken in the near future”. The United States has repeatedly targeted TikTok over fears of a national security threat. Several members of the US Congress have proposed banning the ByteDance video network for collecting data about US users and sending it to the Chinese government.

Last week, the world’s two largest graphics card makers, Nvidia and AMD, said they would have to apply to the government for new licenses for future shipments to China. The move aims to block domestic companies from supplying parts and technology to China’s armed forces, particularly in the area of ​​AI.

At Nvidia, the new US guideline applies to two products, the A100 and the H100 for powerful business applications. For ADD, the MI250 production limit applies. In addition, any future product with similar or better performance will require a license. follow up ReutersThis is a major step forward for the US in reducing China’s technological capabilities.

The United States is ramping up its domestic semiconductor production, which until now has been largely dependent on foreign factories. On Aug. 9, Biden signed the $280 billion CHIPS and SCIENCE Act, which earmarked a $52.7 billion support package specifically for semiconductor manufacturing and research. The regulation says companies that have received subsidies related to increasing chip production in China or any other country will be barred from “large transactions” for 10 years. However, this US ambition is considered “difficult”.

As of May 2019. The United States is very aggressive when it comes to restricting China’s access to technology. Observers say the new decisions by Biden’s leadership will further escalate the tech war between the US and China.

China is in trouble

An expert from the Tianjin-based AI server company said government activities may be affected after the ban. Servers currently used in many systems such as criminal identification or traffic control use the Nvidia A100 chip. “It is difficult to replace these chips with domestic products due to operational problems and the resulting ecosystem,” he said.

Meanwhile, the new restrictions, especially the ban on AI chips, will be a hot topic at the World Artificial Intelligence Conference – WAIC 2022, which will be held in Shanghai on Jan. 1. SCMP. But most experts say it’s a huge opportunity for companies that make GPUs and similar chips in China.

“Currently, domestic companies are lagging behind Nvidia and AMD in the field of high-performance chips, so short-term replacement is impossible. They have agreed to lag behind for many years. But now the ban is possible. Opportunities will open up. It has been launched,” said the director of a GPU company in China. Mr. Liu said.

Another expert speculated that the ban could force China to realize it needs to speed up its GPU production even more. “As the tech war between the US and China escalates, large customers in China need more local products. After the recent ban, awareness of this issue will increase,” the person told me. SCMP.

More and more Chinese startups are entering the GPU space. For example, Biren Technology was founded in 2019 to make general-purpose GPUs. Other companies such as Vastai Technologies, Iluvatar CoreX or Heckfalk Information Technology have also started producing products that have made some improvements.

Over the years, China has worked toward its 2025 goals. A “Made in China” target identifying 10 industries to be globally competitive by 2025. And they’re dominating the 21st century, including robotics and transportation. New energy, biotechnology, space, advanced transportation, high-tech railway equipment, electrical appliances, new materials, next-generation software and information technology, agricultural machinery. Since 2017 they have developed their own AI development strategy. And it will last until 2030. To be the world center for discovery AI. However, experts believe the country’s ambitions could be hit by the US sanctions.