Trang chủ » The price of the Galaxy Z Flip 4 “without gifts” is less than 20 million. VND

The price of the Galaxy Z Flip 4 “without gifts” is less than 20 million. VND 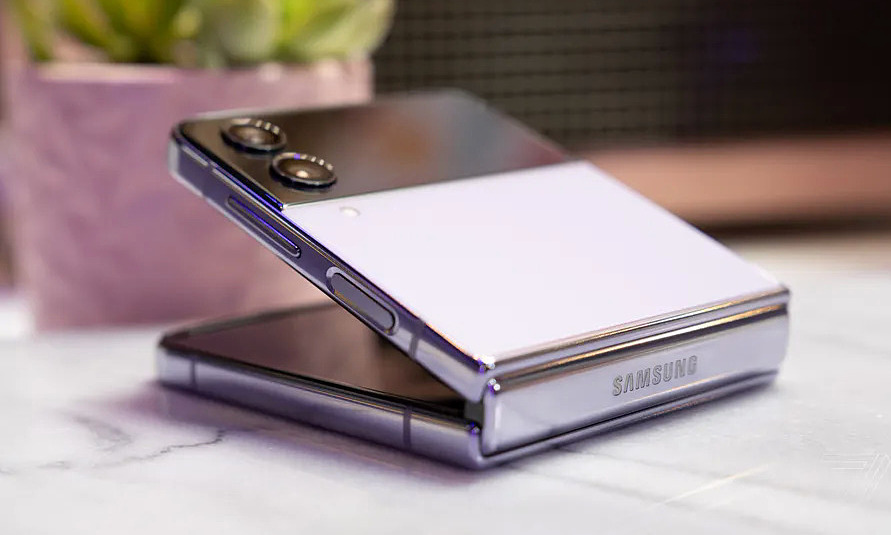 The price of the Galaxy Z Flip 4 “without gifts” is less than 20 million. VND

Galaxy Z Flip4 and Z Fold4 are sold for 4-6 million in some stores. VND lower price if buyer don’t pick up the gift.

According to Samsung’s announcement after the August 10 launch, the starting price of the new pair of foldable phones will be 24 million. VND for Z Flip4 and 41 million VND for Z Fold4. However, many sellers can order the device at a lower price.

After speaking to the agent to order the Ngoc Tram (HCMC) Z Flip 4, the shop gave her two options: buy it at the right price and accept or not accept the gift of warranty package and voucher. Gifts receive a discount of 4 million. VND If you choose the second option, users can get the 128GB version of this model for 19.9 million. VND

At the same time, Nguyen Hai (Hanoi) said that he knew “price reduction gifts” many years ago, so he always asks in stores. “This year, the store is helping me bring the price down directly,” Hay said.

Instead of deducting the listing price, this store uses the “Give a VND 3 million coupon” method and supports direct deduction from the bill at the time of purchase. In addition, payment by bank card, electronic wallet, users are “supported” another 3 million. VND In general, buyers can own the device for at least VND 6 million below the list price.

On August 11, a survey of some local retail systems revealed that most users were able to purchase the Z Flip4 and Z Fold4 for less than advertised prices. This offer is not displayed on the website, but is often shared by the advisor when the buyer searches for it.

At this price, the Galaxy Z Flip4 is in the same class as the iPhone 13, the Z Fold4 competes with the iPhone 13 Pro Max and is still more than the Galaxy S22 Ultra (currently 28 million VND).

Representatives from some retail systems said order volume for the new duo this year could be the same as last year or increase.

Tran Quoc Truong, head of sales at Hannam Mobile, said the appearance of this year’s Galaxy Z series hasn’t changed much, but the configuration has been improved, color has been added, and the price is a million dong lower than before. It also offers a competitive advantage. Product. This year, the amount of deposits in this system is the same as last year, and customers mainly choose the 256 GB version of the Galaxy Z Fold4.

According to cellphone representative Nguyen Lac Hui, this year’s Z Flip4 comes with a number of significant upgrades, such as: B. a second screen and improved battery life. While the Z Fold4 has improved many aspects like thinner bezels, a lighter device, and a high-resolution camera, the device’s battery capacity hasn’t increased as many users expected.

The Galaxy Z Flip4 and Z Fold4 duo is expected to hit Vietnamese consumers at the end of August.