Steal the Pi’s virtual wallet with the hack method 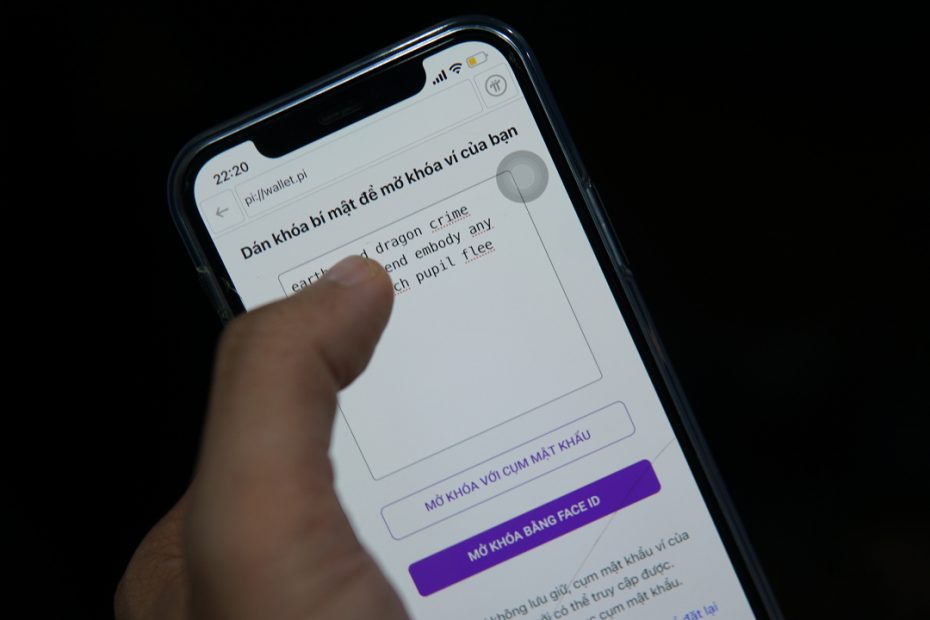 Steal the Pi’s virtual wallet with the hack method

For example, Vu Khanh (Vung Tau) receives three messages in a row, by entering the passphrase he is “hacked” to deposit 10,000 Pi into his wallet.

“Send me your Pi wallet passphrase, I’ll hack you 10,000 Pi for free,” Khan offered from his Facebook Messenger account. Two minutes later, he continued to receive the same text message from two other guests.

Suspecting fraud, he posted in a P-group with over 100,000 members. In the comments, some people said they received the same message and few accepted the request.

“I was wondering if they could crack it, so I entered a 12-digit passphrase. There’s no money in that wallet, so I’m not worried,” Van Nguyen said. – But P didn’t come back.

The “password” is the wallet key, also known as the “seed”, which is usually 12 or up to 24 optional characters. The wallet is only opened after appropriate preparation. Unlike a password or PIN, a user cannot reset or recover the key if somehow lost. Therefore, it is important to keep the keys safe because if you lose them, you will be able to access all the digital assets stored in this wallet.

The Pi network has been operating a “closed” mainnet since mid-July, which allows players to transfer Pi to each other via wallets. Before that, the network only offered testnet wallets, i.e. exchanges. A specific amount of cake is an experimental definition and has no value.

An administrator at the Pi Network Group, which has more than 50,000 members, told Thanh that after some people put their PINs in their wallets, scammers are trying to trick them into stealing them. “Essentially, the bad guys want to take over the user’s Pi wallet and then transfer all the Pi, if any, to another wallet,” Tanh explained. “Or they can take the wallet first and then wait for P to go back to the wallet and take over.”

According to him, there are two instances where he accidentally gave the wallet key to the scammer. If the wallet already contains Pi, the user must quickly transfer all Pi to another unexposed wallet. If your wallet doesn’t have a Pi, it’s best to create a new wallet.

In fact, wallet and password theft are very common in the cryptocurrency sector. Experts advise users to write the sentence on paper and keep it carefully. Some have the experience to save in the browser, cloud or computer but it can be stolen if the hacker attacks suddenly.

Currently, the Pi virtual currency has no specific value and this community mainly uses Pi on the basis of “consensus”, which means that buyers and sellers agree on the price of Pi and exchange the same goods. More recently, some have even boasted about buying goods with Pi, even though virtual currency transactions are not legally recognized in Vietnam.

The Pi network has been around since 2019 and advertises itself as “not a virtual currency”. After downloading the app, users click Engage Daily to earn Pi. The app has been listed multiple times in the list of most downloaded in Vietnam. As announced at the end of June, the project is used by more than 35 million people worldwide.