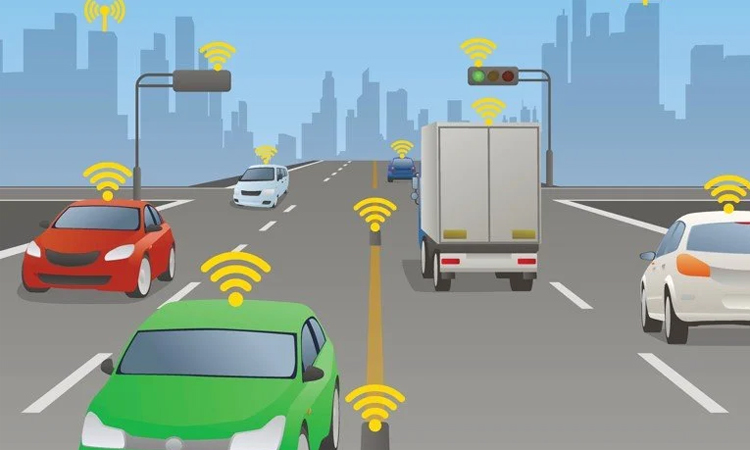 Vietnam uses RFID, which is not as secure as DSRC in European countries, but the terminals are cheaper and easier to install.

According to the regulations of the Ministry of Transport, all highways in Vietnam must use a continuous toll system from August 1st. In July, there were 3.5 million nationwide. Vehicles with tags account for more than 70% of the total number of vehicles.

Continuous Road Toll or Electronic Toll (ETC) has been an idea since 1959. Initiated by American economics professor William Vickery. Norway has introduced ETC on a large scale since 1986 and Italy was the first country. It was introduced on National Highways in 1989. Since the 1990s, this technology has also been gradually used in other developed countries such as the USA, Japan or Europe.

The two most popular systems are DSRC, used by the European Union and Singapore, while most other countries including Vietnam and many US states use RFID.

Compared to other technologies, RFID has many advantages, but also disadvantages.

The lowest price, easy to install

The European Union uses a common standard that requires OBU receivers to be installed in every vehicle at a cost of EUR 8-10 (VND 190,000-240,000) with DSRC technology. This device requires batteries to operate and must be replaced every 5 years. In some countries, such as B. Singapore, the initial cost of installing OBU devices is very high, around SGD 160 (VND 2.7 million). Also base It’s international.The operating and maintenance costs of vehicle data reading stations are also higher than with RFID technology.

ANPR’s Automatic Number Plate Recognition technology requires no special equipment in the car, but it does require toll booths to be equipped with high-resolution cameras to read number plates quickly and accurately. In addition, the system must be linked to the country’s license plate information to determine the correct vehicle type and size.

On the other hand, GNSS technology requires vehicle-mounted satellite navigation and vehicle data modules to operate at a higher cost than DSRC.

Meanwhile, the installation cost of RFID technology in Vietnam is very cheap. follow up It’s international., the price of the card/sticker is only about one euro (VND 24,000). The decal works without batteries, so each decal can theoretically last the life of the vehicle.

First, two providers in Vietnam, VDTC (ePass Card) and VETC, offered free car stickers at home or at toll booths. From August 1st, the new car sticker fee is about VND120,000. The size of RFID tags is very small, depending on the vehicle, they can be attached to lights and windshields. Users should contact the provider directly for the post and check the possibility of identification with a special machine before approval.

It is used in many countries

Also in Europe, where the DSRC standard is widely used, many countries are beginning to experiment with the transition to RFID. Projects such as the Herent Tunnel in Germany, the Mersey Bridge in England and some networks in Turkey use radio frequency identification technology. France has started an attempt to quickly collect tolls using RFID.

Apply for many more services

In addition to collecting road tolls, RFID is used in some countries for parking, traffic management or office access control services, allowing for low-cost implementation and easy charging. Single ID account users can use the same ETC card to pay for various vehicle-related services. Businesses and government agencies use this technology to allow vehicles to enter and exit at convenient times.

It is used in many countries because of its low cost, but the security of RFID is lower than that of DSRC. With DSRC, vehicle information is stored in the OBU, making it difficult for car owners to change or manipulate it. With the use of RFID technology, many countries like Vietnam are required to install more cameras to scan license plates to verify information and limit driver fraud.

However, the use of this camera has many disadvantages, for example, it requires additional installation costs, the ability to read license plates in bad weather or the condition of the number cover will save many motorists from the cold penalty.

To curb fraud, some countries are beginning to explore how to integrate RFID directly into vehicle plates for Electronic Vehicle Identification (EVI). This helps reduce map distribution resources and ensure the most accurate data.

The continuous road toll collection in Vietnam consists of four phases, according to the Ministry of Transport and is currently in the first phase. In the fourth phase, which is expected from 2026, the roads will no longer have toll booths, toll islands and long gate tariffs will only be managed by rack readers. Vehicles entering these locations maintain the same speed and pay the toll automatically. Current RFID technology is suitable for reading information when the vehicle is moving at high speed, without slowing down and without stopping at bus stops.

According to some drivers, the map reading speed in Vietnam is not high at the moment. In some cases, passing vehicles have to wait a few seconds for the slave to open instead of having to wait more than 40 km/h. Many people said that it is difficult to find the map and that the map needs to be changed. Specialists said that the speed of opening and closing the bar also depends on the communication system between the RFID reader, computer and mechanical devices. The slow performance of the system is not necessarily caused by the RFID technology and may be overcome in the near future.