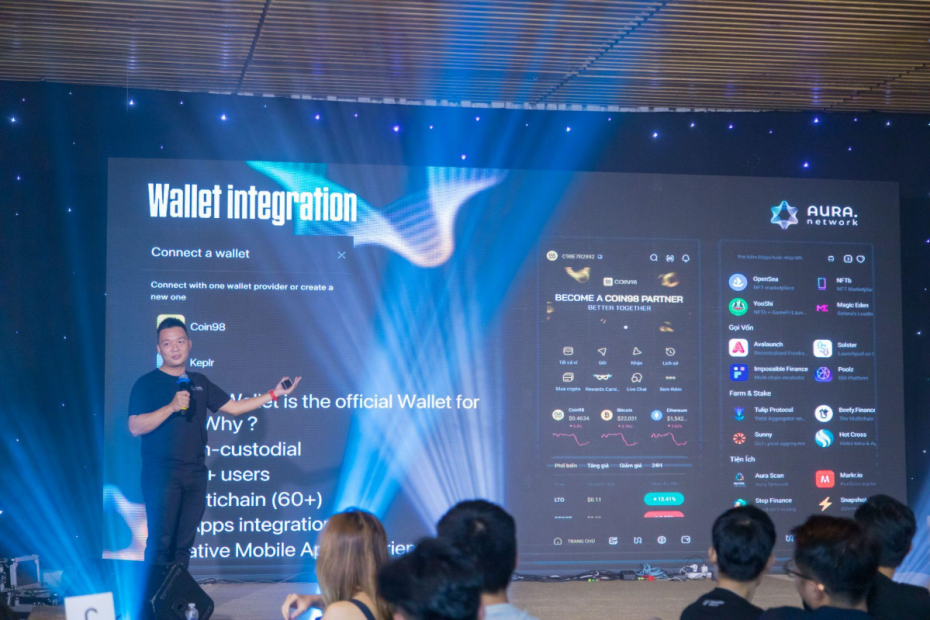 Aura Network announced the launch of its official mainnet on October 1st, which focuses on facilitating the NFT program and promoting the development of the global market.

Aura Network is building an ecosystem on top of the Cosmos platform to facilitate NFT setups in decentralized and traditional markets. The Cosmos SDK application network, the platform’s most popular blockchain technology, enables developers to build entire applications in hours, optimizing flexibility and simplifying the process.

Aura Network is committed to developing and improving the first decentralized applications (dApps) including AuraScan, Pyxis Safe and Aura HUB to ensure the best user experience. The unique benefit of each blockchain is its ability to help all developers build an ecosystem. As more dApps emerge, the network attracts more users and developers, creating the “network effect” of the Aura network.

The official launch of the network demonstrates Ora Network’s commitment to the community and supports the development process. Mr. Tran Hong Jiang – Founder and CEO of Aura Network shared that the department is taking another step towards its vision: building an NFT ecosystem with a good Cosmos user experience.

“One of Ora’s main goals is to bring NFT programming to the masses with a simple experience,” said Jiang.

This year, the project aims to create and multiply NFT utilities to become one of the main development chains that will expand the ecosystem of the future.

Previously, Aura Network launched the Euphoria testnet following the success of its first two testnets, Serenity and Halo. This is an area where users can experience the first features of Aura Network. The development team and 55 testers continue to test Euphoria’s security and decentralization, and finalize preparations for the network’s official launch.

Ora Network launched its first NFT program with Artaverse in May this year. Sections cooperate VnExpress Organize music events and record the performances of the best singers, turn those moments into NFTs and give them to fans and collectors. These NFTs are high quality, licensed and never released online, ensuring uniqueness.