Trang chủ » MacBook, Apple Watch are produced in Vietnam for the first time

MacBook, Apple Watch are produced in Vietnam for the first time 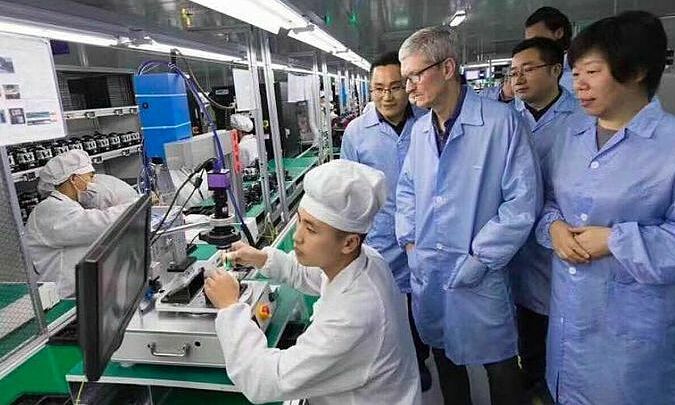 MacBook, Apple Watch are produced in Vietnam for the first time

Apple is said to be in talks with several suppliers for the first time to manufacture MacBooks and watches in Vietnam.

Nikkei Luxshare Precision Industry and Foxconn, Apple’s equipment supplier, are testing the Apple Watch line in Vietnam, the first time the line will be assembled outside of China, according to three sources familiar with the matter. Country.

With manufacturing lines for leading products such as iPads and AirPods, Vietnam is becoming a key manufacturing hub for Apple outside of China. Experts believe that the new move will bring a lot of benefits to Vietnam, because the Apple Watch is very complex and requires a lot of modern technology.

Apple has shifted more iPad production to Vietnam after a Covid-19 lockdown in Shanghai disrupted its supply chain. Foxconn is helping ramp up iPad production in Vietnam, and Apple is in talks with suppliers to test assembly with HomePod speakers, the unnamed source said.

Meanwhile, a US tech giant has asked suppliers to set up a test line for MacBook production in Vietnam, but the transition is still slow as it requires a large supply chain. The main network is still focused on China and has a competitive price advantage.

AirPods, Apple Watch, HomePod and many other devices. Beyond the iPhone, Apple has big plans in Vietnam. MacBook components are becoming increasingly modular, helping to simplify outsourcing. However, there are still challenges in reducing costs and increasing competitiveness. ‘ said the source.

Apple, Foxconn and Luxor have yet to comment on the data.