Implanting a microchip in the hand to open the car 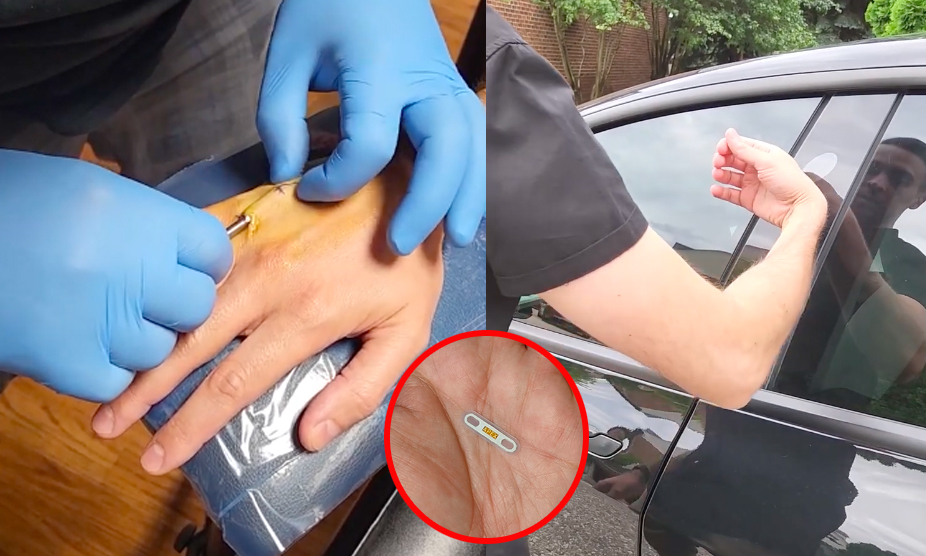 Implanting a microchip in the hand to open the car

US technology expert Brandon Daly implanted an NFC chip in his hand and used it as a key to unlock Tesla cars.

The chip used by Dalali, called VivoKey Apex, uses Near Field Communication (NFC) technology. To avoid unwanted effects, the chip is implanted in the body and covered with a biodegradable material. The entire implantation process takes about 30 minutes, costs $400, and is performed by a professional piercer.

The implanted broker can use the hand-implanted chip to open Tesla car doors, perform in-car functions, and use Apple Pay services.

The VivoKey Apex is not the first chip to be implanted in the body. He said another small chip was implanted in his left hand, which mainly stores identifying information such as contact numbers, addresses, medical details and house keys. “My goal is to open the front door with my left hand and the car with my right,” said Dalali Teslarati.

VivoKey Apex is manufactured by VivoKey in Seattle. The chip runs the Java Card software, but there aren’t many built-in apps yet. “Our goal is to combine software with our own app store where people can install gadgets on their bodies,” said a VivoKey spokesperson.

The implantation of chips in the body is gradually being accepted by many people. In 2018, more than 3,000 Swedes had an electronic chip implanted under their skin to replace keys, credit cards or train tickets. In 2017, 80 employees at the technology company Three Square Market in River Falls, USA, agreed to walk in and out of the office, access computers and buy snacks. Or Patrick Poumen, a Dutch security guard who implanted more than 30 chips under his skin to pay by touching a scanner and said he would accept the future.