Deepfake is trending on TikTok. 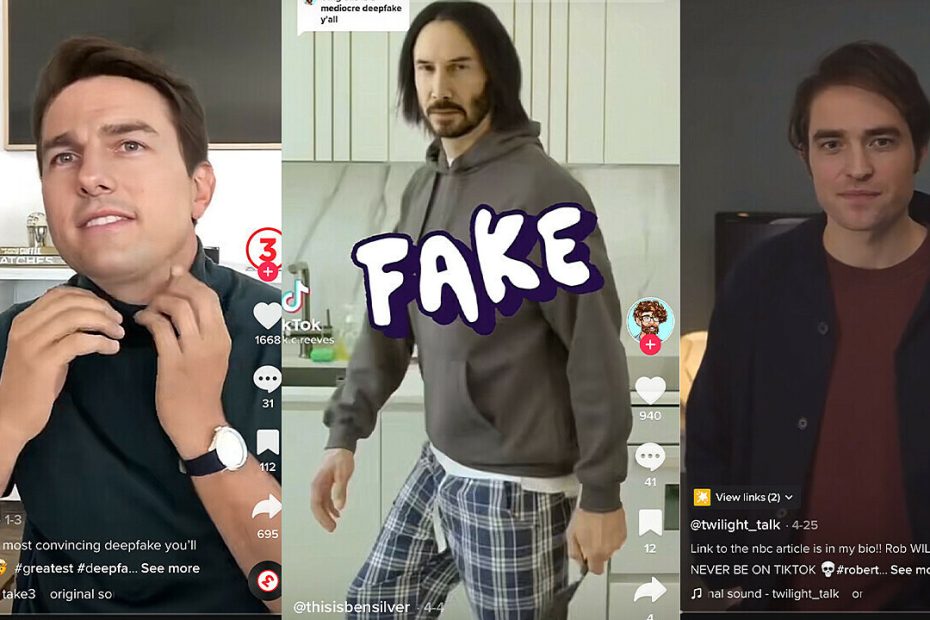 Deepfake is trending on TikTok.

follow up Another network, TikTok currently has more fake content than any other platform. The most famous is @deeptomcruise, which has many fake videos imitating Tom Cruise’s face and has over 3.6 million views. followers and nearly 14 million, with the most engaging video garnering over 43 million views.

Fake accounts of famous actors like Robert Pattinson, Keanu Reeves, Mark Zuckerberg, Elon Musk, politicians like Barack Obama and Donald Trump also received hundreds of thousands of views. Many shared in the comments that they can’t tell the real from the fake.

Deepfake is a combination of deep learning and fake. This technology uses artificial intelligence to analyze a person’s body movements, facial expressions, and voice so they can be replicated and edited to create a realistic image or video.

Besides Tik Tok, fake videos are also widespread on other platforms. In 2019, Facebook was criticized for showing a fake video of American politician Nancy Pelosi. In 2020, Twitter banned videos that were fraudulent, misleading, or harmful to people, then TikTok did the same. That same year, YouTube banned fake videos related to the US presidential election.

Deep facsimiles are often created to express creativity, to entertain, to “revive” dead actors, or to depict a person’s face in a more vulgar way. According to Deeptrace, a software company specializing in identifying deepfake data, more than 90% of deepfake data scanned is related to pornography. Free apps like DeepNude 2.0 (now discontinued) have been abused to reveal someone’s nudity for purposes of blackmail.

However, experts have raised concerns as leaks spread on TikTok because many of the platform’s users are young. Meanwhile, “deepfake” using fake information, identity fraud, slander… As technology continues to improve, not everyone, especially young children, can identify genuine images on social media.

In addition, deepfakers are used for fraud and identity fraud. Scammers can pose as colleagues or relatives and ask for money transfers or bank transactions via video message. According to data analytics and research firm PYMNTS, identity fraud will cost the United States more than $20 billion in 2020.

How do I recognize deepfakes?

According to experts, although it is increasing over time, if you pay attention to the details, deep fakers can still be spotted by eye. For example, faces in fake videos are too soft, cheeks are uneven, and eyelid and mouth movements look awkward and unnatural. Hair details are very easy to see as current deep forgering technologies struggle to create faces that blend into the hair to look realistic.

Also, the context is very important. Viewers may wonder if the real character has the experience of doing the same things as shown in the video. If not, it’s probably profoundly wrong.

For celebrities, users can search the video character on Google for the latest information. In addition, the credibility of the source that posted the video can be assessed before concluding that the video is authentic.