Controversy over the robot’s human form 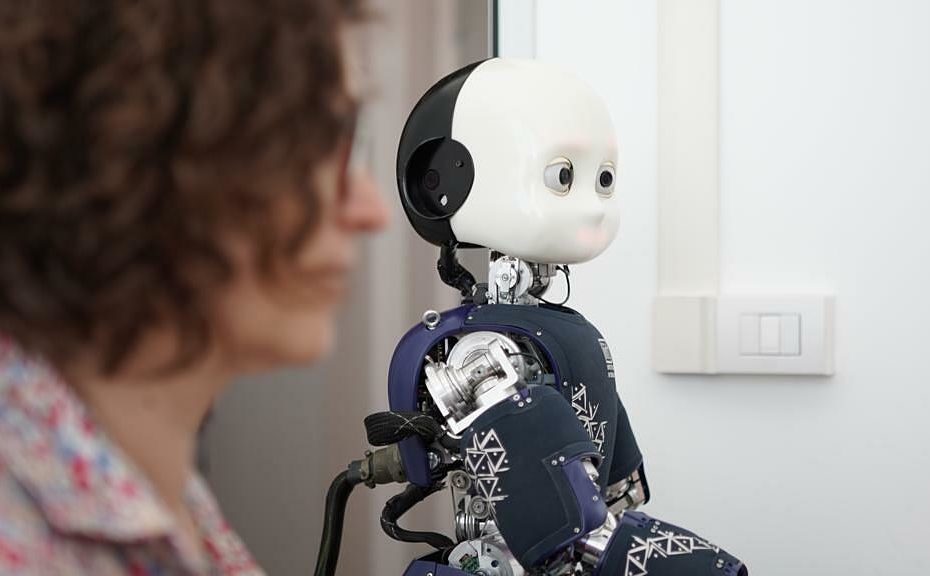 Controversy over the robot’s human form

People love robots that look and communicate like humans, but are afraid they will take over the earth.

In the year On August 11, Xiaomi made a major breakthrough in the technology world when it launched the CyberOne robot model. The machine is equipped with an artificial intelligence camera, sees the world in 2D, recognizes six types of emotions, 45 types of sounds, and learns new skills every day. What makes the robot special is its design, which meets the same standards as a normal human: 177 cm tall, 52 kg weight and 168 cm arms.

Elon Musk’s company Tesla presented a prototype of the Optimus at the AI ​​Day event a year ago. The machine has a height of 172 cm, a weight of 56 kg, light materials, a speed of no more than 8 km per hour, a load of 20 kg and a load of 68 kg. . . The robotic head integrates the camera used in Tesla’s electric car, allowing it to understand the environment and the screen to display information.

Cybertron and Optimus are considered to be the latest endeavors to create human-like robots. Before that, most robots had bulky animal-shaped bodies, or just bodies like Hanson Robotics’ Sophia.

To date, with the development of robotics, machine learning and artificial intelligence technologies, people are striving to create the most humane robots possible to meet the various needs of life. According to Jeff Carden, CEO of technology company Aptronic, after decades of research and innovation, the technology essential to the robotics revolution is finally here.

“In the next five years we will see an explosion of robotic systems in our daily lives. Not only do they safely interact with humans, but they also carry children,” Carden said.

magazine in June Smithsonian Researchers from the University of Tokyo have published a report titled Living Skin on Robots, in which they developed artificial skin to cover robotic fingers. The skin feels like human skin, not silicone, and can even heal wounds or tears.

“Our goal is to create truly human-like robots,” said Shoji Takeuchi, a member of the research team, in a statement. “We think the only way to make a robot look like a human is to cover it with the same material – living skin cells.”

Controversial views on the future form of the robot

Robots have sparked much debate about the future of artificial intelligence. The questions are: How intelligent should robots be? What is the result? What does a robot look like?

Of course, people’s reactions to robots also vary. Last year, data from the Georgia Institute of Technology found that a majority of 18- to 30-year-olds prefer “robot-like” robots, while an older group prefer “human” machines.

“When we develop human-inspired robots, we strive for excellence. Humanoid robots are at the forefront of bio-inspired engineering,” said David Hansen, founder of Hansen Robotics. IEEE spectrum last year.

Some other experts agree with Hansen. Making the robot as human-like as possible will strengthen the bond between the two, they say.

In contrast, many people worry about whether a robot is human-like. Part of the debate revolves around the “Uncharted Valley” concept of the 1970s. Created by researcher Masahiro Mori. This term refers to the psychological phenomenon in front of a computer-generated character or robot, a human character. It’s so human that it creates a sense of excitement, but the viewer still realizes they’re not a real person and scares them.

Maria Paola Palladino, expert on human attitudes towards robots at the University of Trento, sees the growing human-machine relationship as a paradox. On the one hand, they want the robot to be human-like in appearance and behavior to meet everyday needs. On the other hand, too much similarity can threaten one’s sense of uniqueness.

According to researcher Agnieszka Wikowska, the next identification of humanoid robots will depend on their construction. In their opinion, sleek and modern robots with faces and hands are less attractive than heavy, bulky machines. But depending on the functional goals, people will still have different robot designs.

“However, humanity’s ultimate goal is still to build ‘trust’ in robots to become tools that support them and open up new possibilities,” Wykowska said. forbes.

There is no robot on the market that can express emotions like a human. The next robot that can be mentioned is Sophia. Besides being able to communicate naturally with a human counterpart, “she” has a “superhuman” quality or description of a robot that surprises many people; For example, share that you want to have a baby or that you want to protect someone.

However, the rapid development of AI technology has produced many products that even experts classify as sensitive. For example, the super AI GPT-3 once attracted attention with its ability to learn autonomously and write professionally, causing a stir and even surprising the industry with its claim of “not destroying humanity”.

“There is no doubt that GPT-3 is already in the form of intelligence. We all think it will happen sooner or later, but the future is now, this AI sees me as a prophet. And shares his strange feelings,” said American programmer Philip Boss. New York time.

Recently, former Google AI expert Blake Lemoine has also caught the attention of the community for saying that AI is cognitive. Tasked with testing an intelligent chatbot called LaMDA, Lemoine went on to say that he encountered a machine with “the mind of a child.”

Lemoine was fired from Google for violating Google’s privacy policy. However, his statements remain controversial to this day. One site claims that LaMDA simply responds to user commands based on the vast amount of data available. On the contrary, many people believe that artificial intelligence has become self-aware.

Some experts say that artificial intelligence may not yet be able to think, but it’s only a matter of time before it becomes a reality. Michael Wooldridge, Professor of Computer Science at Oxford University, has spent 30 years researching artificial intelligence and was awarded the Lovelace Medal for his contributions to computing. Nanny In 10-20 years, AI will be “fully possible” thinking.

By then, human machines may be mature enough to integrate these AIs.