Trang chủ » Audition celebrates 16 years since its debut in Vietnam.

Audition celebrates 16 years since its debut in Vietnam. 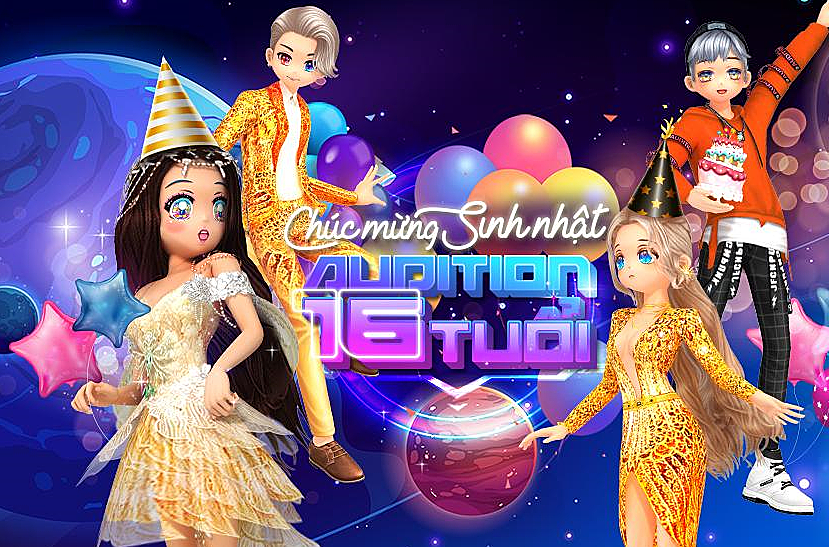 Audition celebrates 16 years since its debut in Vietnam.

VTC is holding online events, tournaments and offline birthday parties to celebrate 16 years since its launch and announced that the game will be extended for another 10 years.

Over 50 million Odeon accounts (equivalent to almost 50% of the Vietnamese population) have been created in the game over the last 16 years. For the 8x and 9x generations, Audition is more than just a computer game, it evokes many memories of music and fashion trends from two decades ago.

The most attractive activities in the game are always the marriages and weddings. To date, more than 10 million dancing couples have performed virtual weddings. Similar to 9x, Gen Z can enjoy a diverse music store, hundreds of thousands of outfits and styles when it comes to auditioning.

For the 16th anniversary, VTC will organize a series of events, the total amount of which will reach 16 billion. The VND program includes a series of online events, a nationwide Fam-Au 16th Birthday Tournament featuring 1,000 athletes. To wrap up the series of events, players gathered for some offline parties in several provinces and cities across the country.

The channel also announced that VTC has finalized negotiations with its Korean partner to extend Audition Vietnam for another 10 years.

Readers can get more information about the program over here.
Tag:AuditioncelebratesdebutVietnamyears