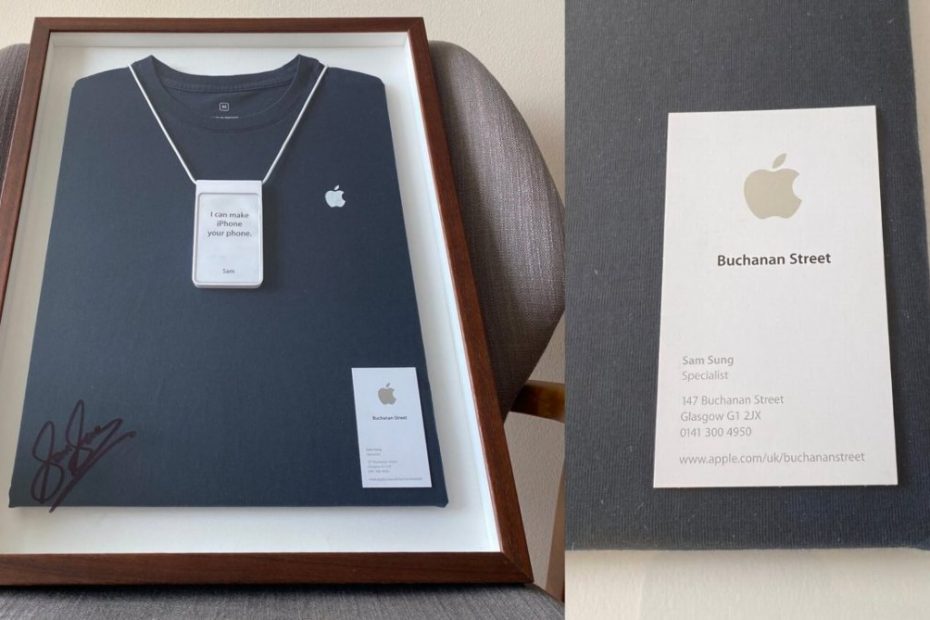 A former Apple employee auctioned off his business card to Samsung, raising thousands of dollars.

Sam Struan, formerly known as Sam Sung, has a second auction on eBay for a pair of Samsung Apple Business Cards, considered “rare”, fetching CAD$1,152 (about $900). The auction ends on August 23, with all proceeds going to charity.

Sam Sung was a social media phenomenon by his first name when his business card was shared on Twitter in 2012-2013 before changing his new name. Back then, Apple and Samsung were the biggest competitors in the smartphone market. Both have been involved in design and technology copyright disputes.

After the appearance of a business card with an Apple logo bearing the same name as Samsung, many people still suspected that it was an internet prank. But Sam never spoke up because Apple has strict rules on employee speaking. When he left Apple in 2013, many assumed he was fired from the company because of his reputation.

According to his LinkedIn profile, Sam worked at the Apple Store on Buchanan Street in Scotland for two years. In 2012, he continued to work as a store clerk at an Apple store in Pacific Center, Canada. In 2013, after he retired, Samsung auctioned off his business cards while he was working at Pacific Center, raising more than $2,500 for charity.

About 10 years later, while working at the Apple Store on Buchanan Street, a family member of Sam’s found the business card that sparked the idea for a second charity auction. This item comes with Sam’s tag, shirt, tie and autograph.

“I hope this card reaches someone who is passionate about Apple and wants to contribute to a great cause,” said Sam Sung, now Sam Struan, who works as a recruiter.